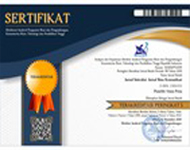 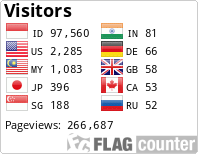 How to cite item


Billboard is the outdoor media or alternative media for political campaign ads that can provide stimulation stimulation directly to public audiences through visual settings such as the display color, images. This research is qualitative research, research on the subject of semiotic studies on Billboard is the election of candidates for Mayor and Deputy Mayor of Medan on December 9, 2015. At the level of meaning denotatif semiology of Roland Barthes generally use a photo of candidate, political jargon, abbreviations name and serial number of the pairs of candidates and when it reached the level of meaning connotative pair of candidates using a communication strategy approach with the use of a mark that gives its own meaning and influence the framework of Billboard readers as well as at the level of the meaning of the myth using ideology is believed to be proving the dominant values prevailing during the campaign period, to choose easier to remember a couple of candidates as well as the figure of the ideal leader who could be elected as Mayor and Deputy Mayor of Medan in 2015.